The best and the worst of martial arts movies

This week resulted in a curious film-viewing adventure when I happened to watch a few martial arts movies, cutting across genres, and downloaded via bit torrents, while there was a state-sponsored film festival in the city. The public's memory is proverbially short, but I still happen to remember the wicked things that happened in some villages during last year's film festival, and I still retain the aversion and the reasons for not going in to the 'festival' again.

Anyway, back to the films I viewed. Here's a brief review of the best and the worst of them. 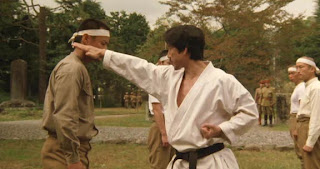 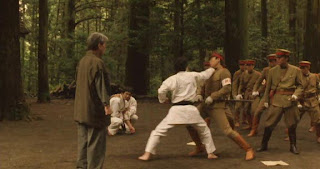 Kuro Obi (Black Belt), a 2007 Japanese Karate film starring real-life Karate black belts, is one of the relatively good ones.

Demonstrating some fluid Goju-Ryu and traditional Shotokan techniques without stunt rope tricks, the film is about two students competing to inherit their sensei's black belt. It starts off excellently with a practice session in a secluded dojo where the Jap military (this is in 1930s) comes in to take over the school. The protagonist searches for meaning in his Karate, while the other student goes on to challenge karatekas on behalf of the military, in search of a stronger opponent.The climactic fight in B&W is less of karate though, the 4th Dan hero and the 5th Dan challenger, kick, butt and grapple in the mud like we used to do in junior school. 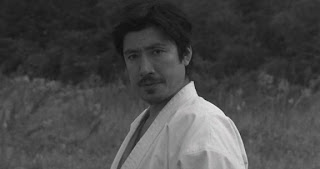 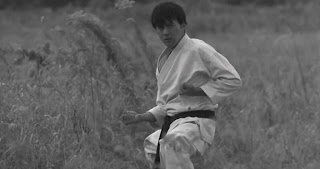 Chocolate (2008), a Thai film by the Ong-Bak director Prachya Pinkaew, is a story of an autistic girl picking up martial arts skills similar to Taekwondo by watching the practitioners of a Muay Thai school (?!). The plot is thin, and a pretext for displaying martial arts skills. 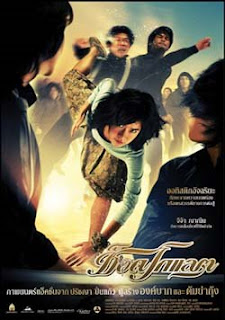 This film has some spectacular stunts performed by the young girl Yanin "Jeeja" Vismistananda, and obviously, the stuntmen acting as villians' seconds; this also marks the director's only preoccupation to outdo Hollywood special effects by using real-life dangerous stunts that can scarsely be imitated. Towards the end, you actually see a stuntman falling down from the ledge of a three-storied building, and breaking his neck. Adrenalin booster, yes. Martial arts spirit, no. For you're bound to feel sorry for the unnamed stuntman and question the mindlessness of this violence.

I also saw Red Belt (2008), one that I would rate as one of the best martial arts films I've ever seen. It has less to show of martial arts techniques, apart from some good Jiujutsu moves, but it's definitely about martial arts philosophy, a serious film concerning the role of ethics in the life of a martial arts practitioner. You get real things to learn from here, than say, from stoopid MMA films like Never Back Down.

Here in Red Belt is a Brazilian Jiujitsu instructor Mike Terry who nevers goes into tournament fighting for he thinks it weakens the spirit (rightly so). He sees himself framed by big money and comes to know of his best student committing suicide to save his instructor's honour. Then Terry gets caught in the middle of a big MMA prize fight (staged) between a Brazilian jiujitsu champion and a Japanese fighter, as his honour as a practitioner and the question of the survival of his dojo, are both at stake. But he doesn't step into the ring, as you could have expected. The story takes a new turn when he ignores the glare of the cameras and the attention of the know-it-all commentators, and proceeds rather quietly to "end this charade". Chiwetel Ejiofor as Mike Terry is simply awesome; this needs watching even if you think Krav Maga and fashionable MMA butt-grabbing is all about martial arts.

And here comes the worst. But I did laugh a lot. The funky sound track could be one of the solid reasons for you to watch this film, provided you've got the right kind of humour.

Ah, I saw Black Belt Jones (1974), a Blaxploitation action film starring Jim Kelly who's best known for his role in Enter the Dragon and it's shaped by the same director, Robert Clouse. 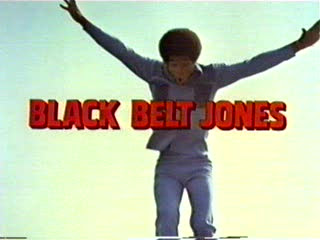 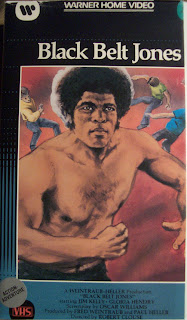 This movie has incredibly flat characters speaking, walking, dressing, howling, grabbing and shrieking Karate all throughout, and their acting is invariably and incredibly bad. And yes, Kelly uses Karate even while courting. You also get to see Karatekas shooting fists in a mournful way as their teacher's ( who happens to be Scatman Crothers) corpse is lowered into the grave- something so hilarious that it gives you serious stomach cramps. 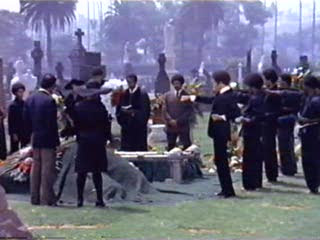 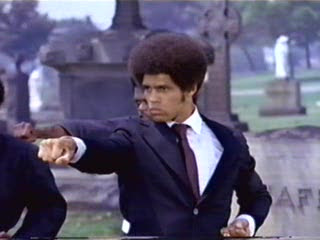 "Oooooooeah!" goes the hero Jim Kelly making strange grimaces whenever anybody comes near him or when he's just watching his reflection on a polished elevator door. And sometimes he's just fascinated with his white telephone. The final scene with the carwash bubbles is a visual treat; completing the delightful mix of karate, James Bond technicolor movies, girls on trampolines, and lots and lots of butt-kicking. There happens to be a certain display of hostility on the part of 'good guys and gals' karatekas to the male genitalia; the sheer number of kicks to the bonkers and the grabs are, er, for the lack of better words, embarrassing. 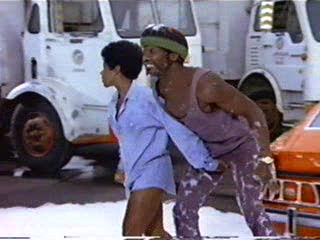 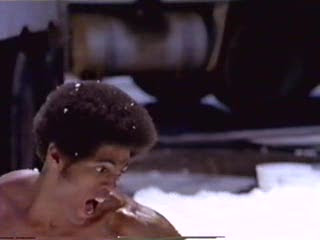 Apart from the overdoses of very-badly choreographed karate, this is also one of the funniest comedies ever made. I guess, without being intentional.
at Friday, November 21, 2008